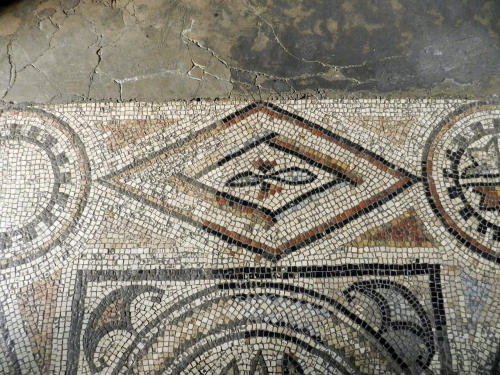 There are three ways to deal with being dragged around Italy to every conceivable mosaic site because your mother is completely nuts about little bits of stone stuck together in patterns that all look exactly the same. 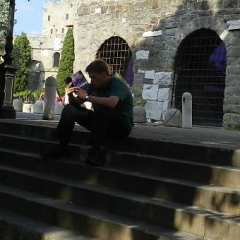 2. Treat the whole thing as a joke. I mean, can anyone really find this interesting? 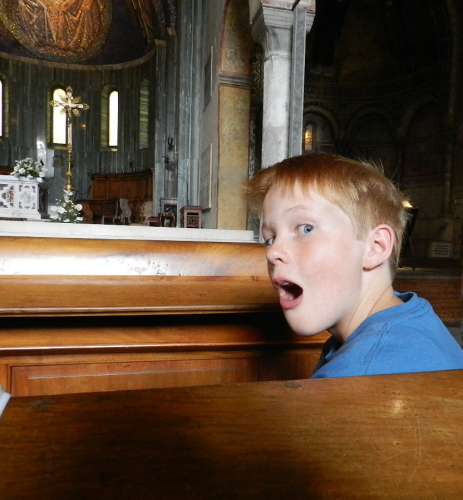 3. Immerse yourself in the guide book. If you can’t beat ’em, join ’em. 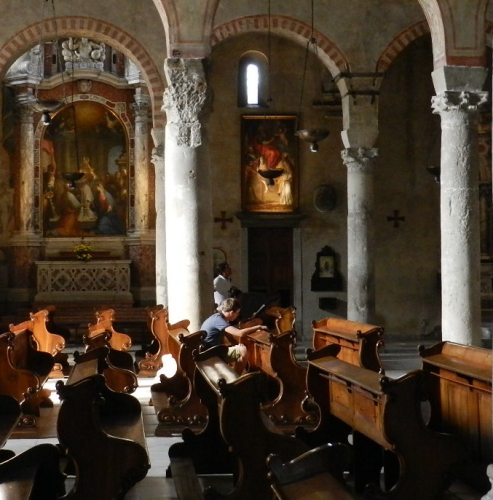 This particular day we were on our way back to Greece from Scotland and had driven down through Germany into Northern Italy, heading with dogged determination to Aquileia and Ravenna.

Trieste seemed like a good place to stop. A once-great city, an important sea port, now faded and peeling. Famous for its has been-ness – we like that sort of place. We used to live in one.

And it even has a few Roman mosaics, which instantly endeared it to me. So there we were, one August afternoon, after a fine Italian lunch, with nothing to do but walk up to the old city and take in the sights (translation = seek out the mosaics in Trieste).

They are to be found at the Cathedral of San Giusto which is built over an earlier Roman structure. I love it. Even then, 1,000 years ago when they must have had a lot of better to things to think about, like the plague or imminent attack, they appreciated these bits of coloured stone arranged in patterns and decided to build their new church around the existing mosaic decoration.

There are fragments under the pews: 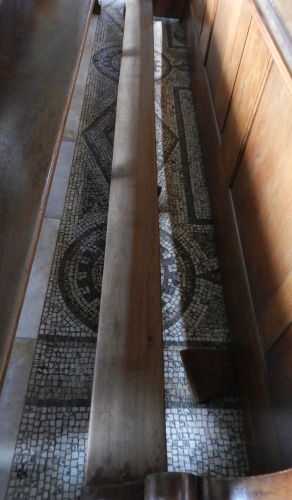 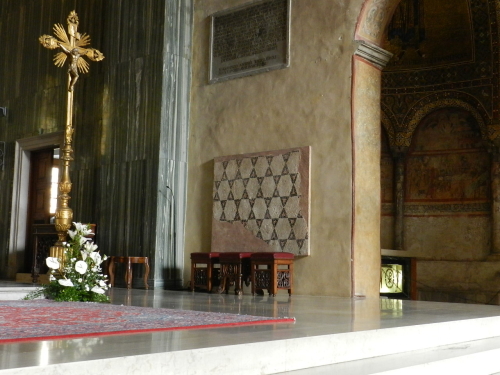 And scattered here and there:

There is also a Byzantine apse, richly adorned in that unmistakable Ravenna style: 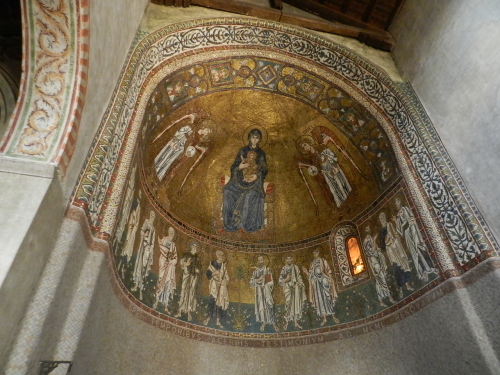 Not to mention this (the cathedral was once two churches next door to each other): 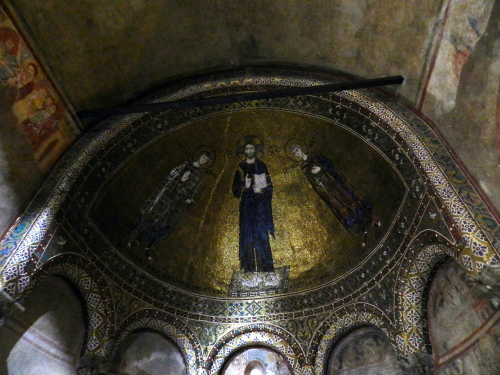 And, to top things off, a modern work at the end of a side aisle: 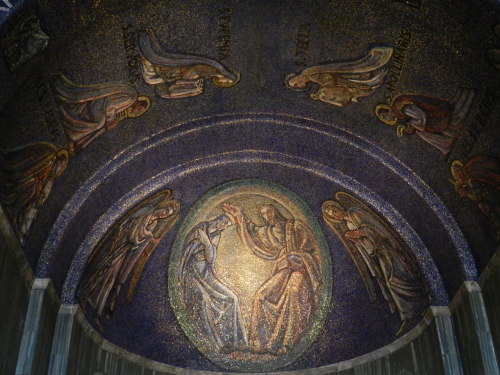 Plenty to keep a mosaic fanatic happy, but not quite so much to entertain the poor, beleaguered back up team: 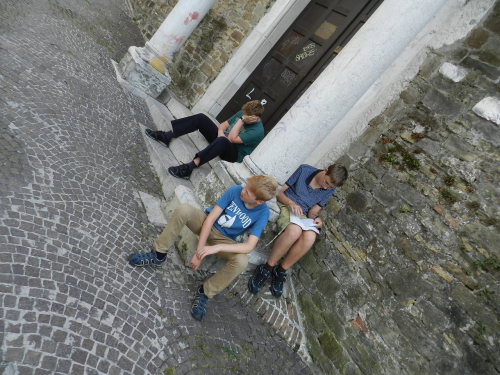