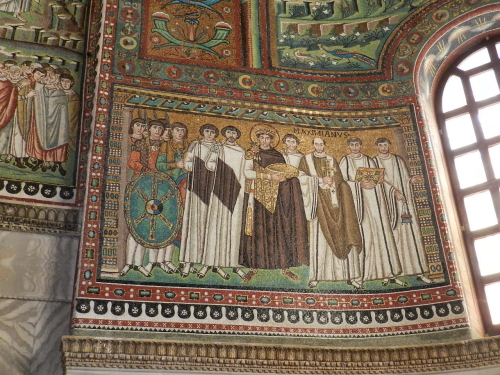 What was I on about? How on earth could I have thought, even for one milli second, that Ravenna wasn’t the place for me? That the acknowledged Mecca of mosaics with church domes and walls heaving with the most astonishing brilliance and detail, should somehow leave me cold because of my professed preference for the more sombre and intimate pleasures of Roman floor mosaics? Stuff and nonsense! I was enraptured by the Ravenna mosaics. Entirely smitten.

I walked into the church of Saint Apollinaire Nuovo alone one Friday morning, impatient to get going while the boys and David savoured their eggs and bacon at the hotel buffet, and just stood there in total astonishment. These mosaics, which I have seen so many times in books and on internet searches, were entirely different in reality. Of course, you fool, of course. A camera just cant do justice to the scale of the decorations, the quality of the colours and the liveliness of the images. I found that there were whole segments of the Ravenna mosaics that I had never seen or failed to notice, dwelling as the camera tends to do, on the well known and familiar.

And to cap it all, I had set off expecting to either get a terrible crink in my neck or to be forced to play the loony English woman card and lie shamelessly on my back on the hard stone floor, only to discover that I could see everything perfectly well just by looking up.

Take the photograph at the top of this page of the Byzantine Emperor Justinian with Bishop Maximian and his retinue in the presbytery of the Basilica di S. Vitale. We’ve all seen it. Nothing new there although of course it doesn’t diminish the wonder of really seeing it. But then there’s this:

A detail of Theodoric’s palace in the Basilica of S. Apollinare Nuovo. Those curtains – the tassels, the folds in the cloth, the casual way they are knotted as if to keep the hems out of the suds on cleaning day. Or this, and this, and this: 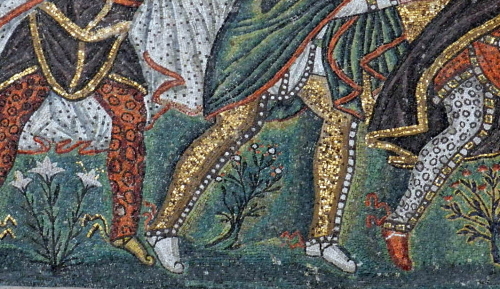 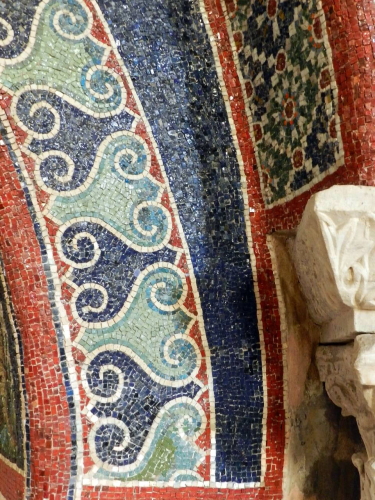 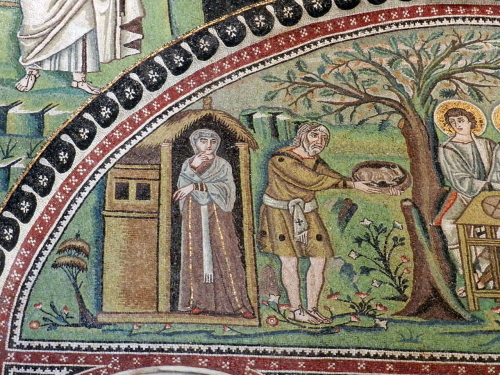 The magis’ gorgeous spangled leggings at the Saint Apolliinaire Nuovo; a detail of an arch in the Neonian Baptistery and Abraham offering a roast pig to some pilgrims in the presbytery of the Basilica di S. Vitale while Sarah, wrapped in her shawl, looks on from a hut roofed with rushes.

As it happens, we’d downloaded the complete 18-hour audio book of Robert Graves’ Count Belisarius to while away the hours as we drove from Athens to Perthshire and back, so by the time we got to San Vitale, the characters immortalised in smalti were as familiar to us as sit com personalities. There was the hood-eyed, ruthless Empress Theodora, the former child prostitute, dripping with jewels. Next but one, standing among the Empress’ female attendants, I almost did a double take when I thought I recognised Theodora’s closest friend, the beautiful, scheming, faithless Antonina. Opposite, is Justinian whose face, when you know his history, reflects his jealous, greedy, misguided, power hungry nature. 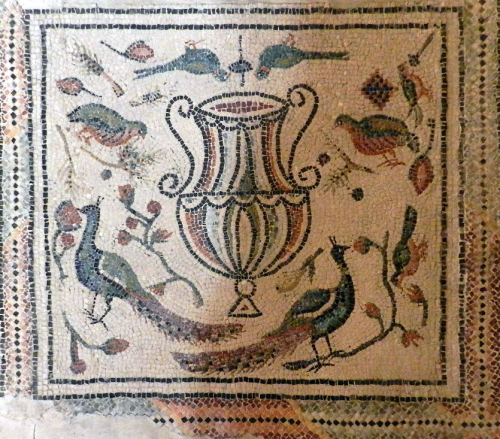 And then when you cant take it any more, when you’re gorged on mosaic gorgeousness, you sit down limply in a pew and look down and there are even more mosaics as surprising in their own ways as the ones of the walls. These are in the Basilica di S. Vitale: 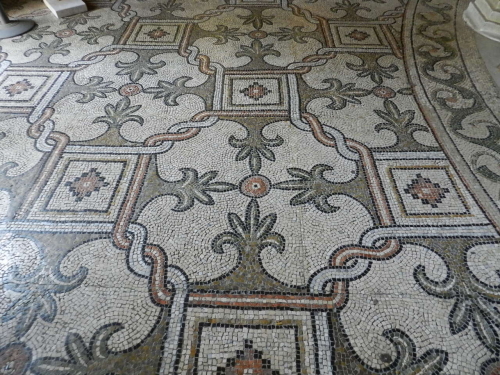 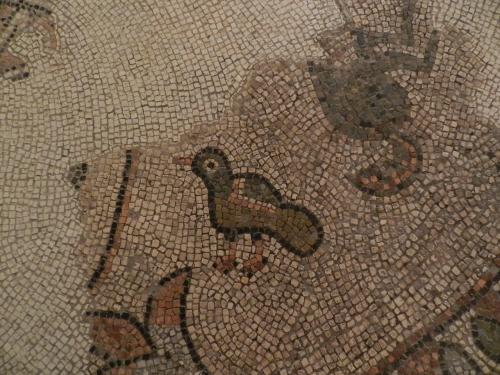 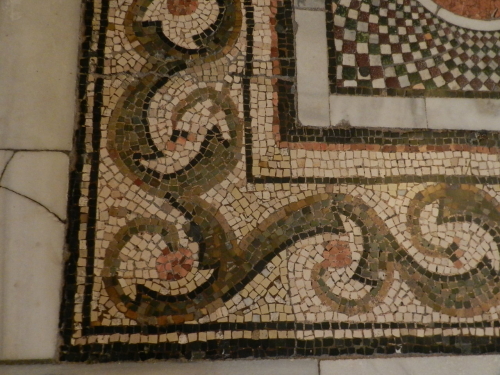 There’s plenty more to say about the Ravenna mosaics. I could bore you and even myself on the subject, but I better keep a check on it.  Just as a place, mosaics or no, I loved it.  It’s an exquisitely beautiful city in that inimitable Italian way – calm, slow moving, mostly pedestrianized and perfect for walking around. Tourists come but they don’t take over and amazing food can be easily found… and then, when you’re all mosaicked out, the best ice cream in the whole world – ever.