This post was written as part of research for my Three Day Mosaic Retreat at Bamff House which will take place from May 27-30, 2022. The retreat, set in a Perthshire eco estate famous for its reintroduction of beavers, will focus on making mosaics inspired by nature. 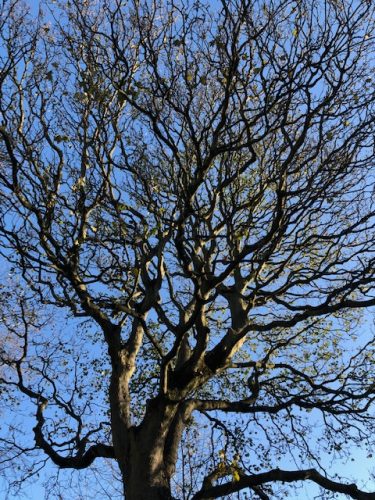 It’s that time of year again.  Storms have stripped the last of the leaves from the trees leaving the sky etched with inked silhouettes terminating in filigree tips.  After all the ebullience and showmanship of the preceding seasons, these winter days give us a pared down, diagrammatic version of the world. 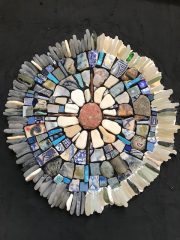 Without the greenery and flowers to distract us, the lines and forms of nature are clear: leaf skeletons, tree branches, or the crisp outlines of frosted plants.

The forms and patterns of nature which are revealed in winter are always there and once we start to pay attention its astonishing to realise how they endlessly repeat themselves. Of course nature is infinite in its variety but that variety can be distilled down to five essential patterns.  Branching is one example: the way trees split and then split again from trunk to twig. Root networks, capillary systems, lightening bolts and river tributaries are all examples of the phenomenon. 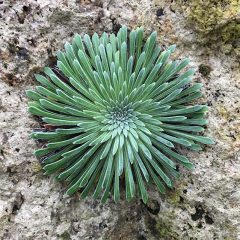 But it was really only when I sat down to think about mosaics inspired by nature that I realised that contemporary mosaics do the same; their lines dividing, meeting and converging in an endless dance of connection. Look at this brilliant example by Anabella Wewer (right) to see what I mean.

The first time I wrote about the nature of mosaics, I set out my theory that there is a direct correlation between the natural world and the making of mosaics. After all, the world we live in is particulate and cellular

‘Ever since the invention of the microscope we have been able to look into the underlying structure of the world and see. What? Mosaics, of course. Budding and dividing, building and boiling, expanding and splitting, a seething, invisible universe of bits that come together and make something new. 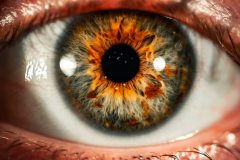 ‘Open any scientific text book and it will be illustrated with images of the structures and interiors of things – planetary arrangements, cellular formations, the segmented parts of organisms. Google contemporary mosaic artists and you will see an unconscious reflection of these innate patterns in their work, as if they are driven to make manifest the neural paths of our bodies and the complex hidden worlds of micro biology.’ 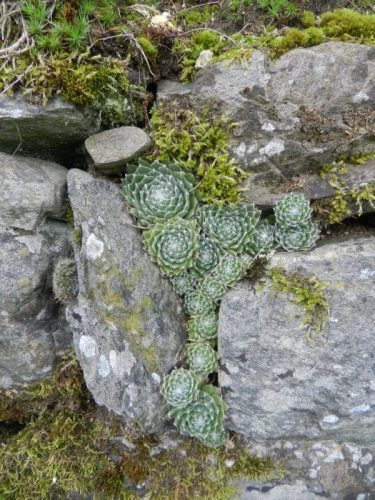 What I did not know then is that these natural patterns move beyond the principle of the Golden Ratio. In addition to branching, nature’s other patterns can be summarised as: the spiral, the explosion, the meander and packing (1). I was onto something with my original theory of the nature of mosaics. Once you coalesce nature’s patterns in this way it becomes startlingly obvious that the similarity between nature’s designs and mosaic ones is more than incidental.

Take the spiral. You see it everywhere in nature. The curl of a fiddle head fern, the twisted toffee of a snail’s shell, the whorls of a finger print, or the ripples when you drop a pebble into a still pond. And it turns up with unsurprising regularity in mosaics (top photo).

The explosion – harder to see at the moment it happens in nature unless you happen to be standing next to an Icelandic geyser. But it’s there, in the cracking of pods and dispersal of seeds, the splash of rainwater on a city pavement, or the radiating petals of a flower. It’s a great one for mosaics  too – that static spray of colour and shape that makes the eye zing with delight.

The meander – the curve of a river, the patterns left by wind or water on  sand, the way a fish moves, a snake progresses or even how plants sneak into the crevices of rocks. Mosaics do well when they move in the same sinewy way, turning hard materials into flowing lines. Rachel Sager’s mosaic (right) shows how meanders work beautifully in mosaics. 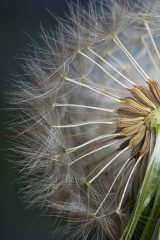 And finally, packing, which doesn’t sound like a pattern, but it is a way that nature  likes to arrange  itself: honey combs, bunches of grapes, sunflower heads, you get the idea. Mosaics, of course, are nothing if not packing made manifest.  The pleasure of them is the placing. The juxtaposition of colours, size, tone and texture. Nature prefers uniformity when it packs things together. The mosaicist, in this respect, has a different approach.