Ancient mosaics can sometimes get a bit stuck up themselves. There is a propensity for them to become the marble and smalti equivalent of those interbred bantam hen varieties with flamboyant mop heads and fancy moon boot feathering  – they were made to be looked at and marveled over but exude an air of slightly smug other-worldliness that makes them seem removed from ordinary mortals. Not so the mosaics of San Giovanni Evangelista in Ravenna.

These mosaics were made in 1213 and include a seemingly disparate collection of images from line ‘drawings’ describing the Fourth Crusade to signs of the zodiac, an upside down angel and strange mythical beasts.

The thing that sets them apart, however, is that they are not the slightest bit grand or even particularly well executed. The opposite in fact. Originally embedded in a church floor, the images depicted in the mosaics are refreshingly crude, telling their story in plain, straight forward terms so that there could be no misunderstanding for the illiterate church goers.

And what a story! The mosaics’ naivety – surely deliberate at a time when the church was fantastically wealthy and could have employed the finest of artisans – was used to describe the Fourth Crusade, an event which shook the very foundations of society and turned the world upside down.

Not long before the mosaics were commissioned, a vast army led by two French noblemen had been sent by Pope Innocent III to reclaim Muslim Jerusalem. To cut a long story short, against the pope’s wishes the crusaders changed course en route in 1204 and sacked the Christian capital of Constantinople instead. They ran rampage; looting, raping, murdering and desecrating the city.

Looking back, it’s hard to conceive how significant this was. The command of Pope Innocent III – the most powerful man in the Western world – had been flouted. The capital of the Byzantine empire was systematically ransacked by fellow Christians. Churches and palaces were looted, thousands of civilians were killed, entire areas of the city were burnt to the ground and a Frenchman was crowned emperor in Hagia Sophia.

The mosaics of San Giovanni Evangelista are a record – a Bayeux Tapestry in stone – of this last, disasterous crusade. All we have left are fragments from the floor within the church which was destroyed by Allied bombing in the Second World War and which are now hung in panels around the rebuilt church walls.

There seems to be very little written (in English) about the mosaics of San Giovanni Evangelista but assuming the panels are hung in chronological order first we have Pope Innocent III issuing a decree before the crusaders depart:

Then the ranks of crusaders are shown in armour attacking the city.: 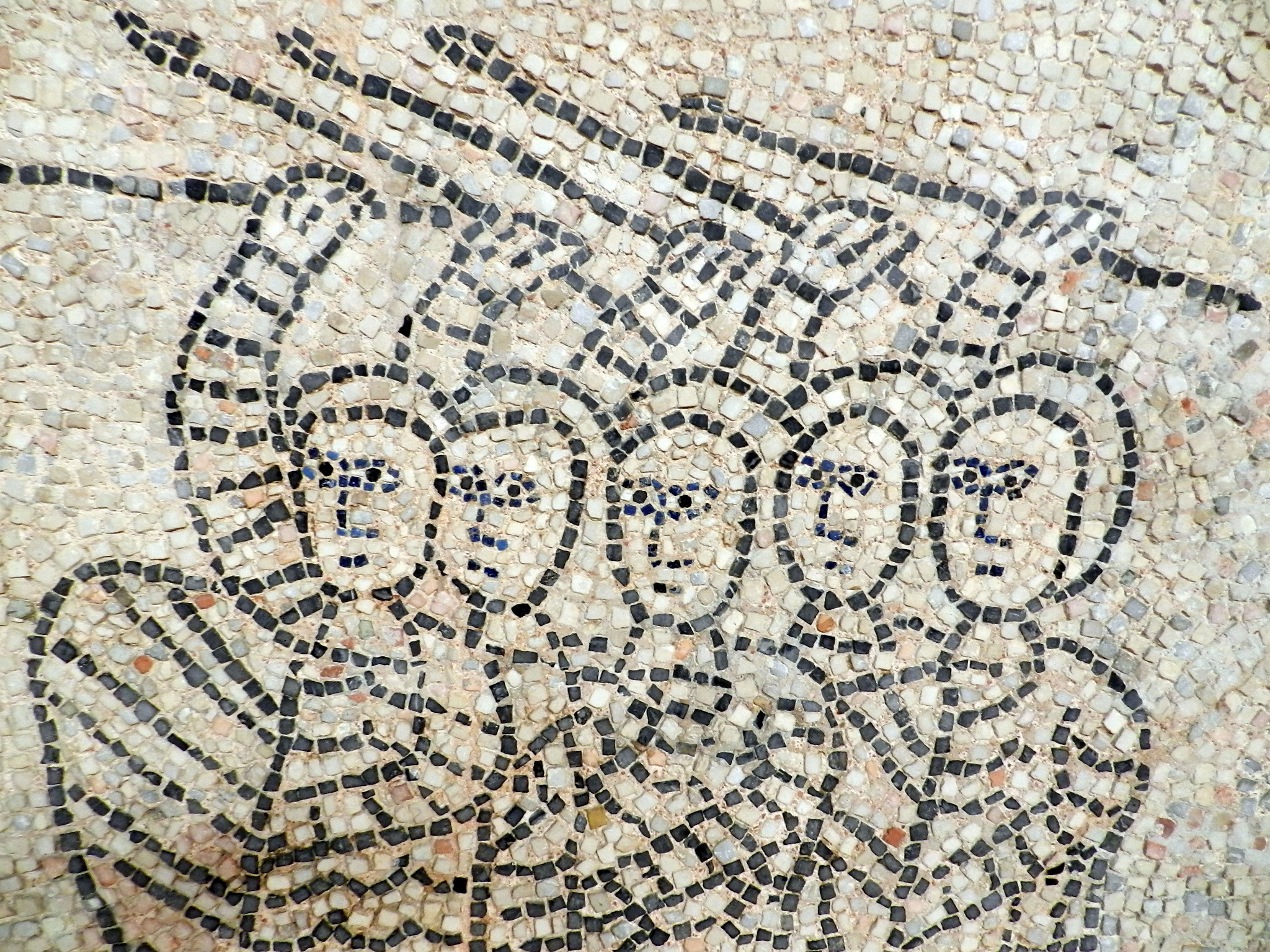 While at the same time the walls were besieged from the Venetian ships on the Bosphorus:

The name of the city is clearly printed here above the heads of the civilians who seem to be giving themselves up to the conquering army although the raised sword makes it clear that they are about to be massacred:

A ship in full sail (with a bugler in the crows nest?) heads back to Italy to announce the news:

There are other mosaics which show the sacking of Zara, a port on the Adriatic Sea, which was also an unfortunate victim of the army’s’ ill discipline and avarice during the Fourth Crusade, but the mosaics are not labelled and so many of the panels remain obscure:

Ranked alongside them are a motley jumble of curious images, also executed in the stick-figure cartoon style of the crusade mosaics.

Were these an attempt to include popular myth, fable and superstition under the church’s roof so that the oral traditions of the unlettered parishioners would no longer occupy a separate sphere of influence?  I wish I knew. If anyone has any information about these do please let me know. Meanwhile, I will revel in them for what I see rather than what I know. The unusually free and diverse patterns:

The strong simplicity of the designs:

The beautiful mixing of the different coloured stones:

The bad (but oddly effective) repairs:

And the downright weirdness of them all: