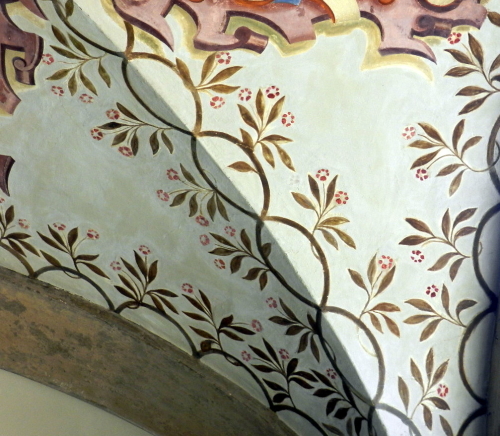 Or: Mosaic spotting in Bologna – even when there aren’t any.

Meet the mosaic spotting team (from left to right): Resigned, Keen, Reluctant. We (The Team and I) were on our way from Athens to Kirkmichael (a wee bitty of a place in Perthshire, Scotland) by car and on Day One we were visiting Bologna  – fresh off the boat, guide book in hand, much to see, and raring to go (or not) – but lost. 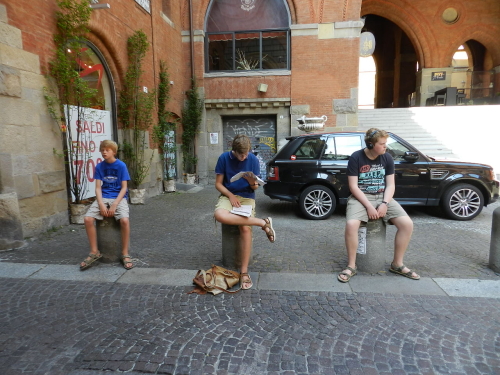 Not that that mattered much. With site-seeing son in charge, one only has to twiddle one’s thumbs for a moment or two, and he’s off like a racehorse towards the first post which was, in this particular case, the Archiginnasio – Bologna’s medieval university.  I was already two weeks into the summer holiday by this stage which means I had staggered through two weeks of enforced mosaic shut-down so I was suffering from severe withdrawal symptoms. On arrival in Italy, however, everything seemed to look like a mosaic, reminded me of mosaics or inspired me to think of mosaics.

Take these 16th century William Morris-esque frescoes on the university ceilings – what beautiful mosaic borders they would make: 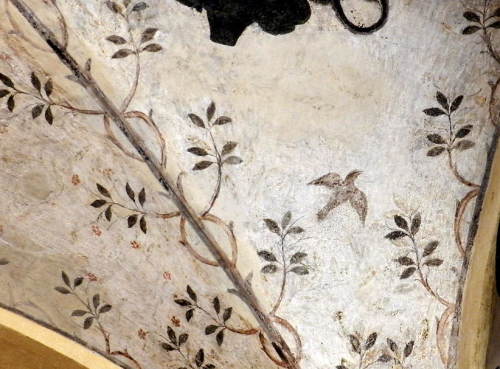 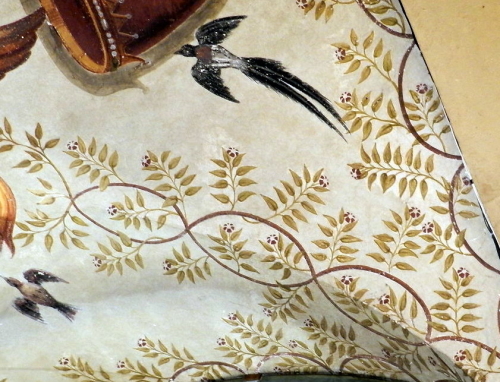 In fact, the Romans had already thought of something similar hundreds of years before. These come from the Vatican Museum in Rome: 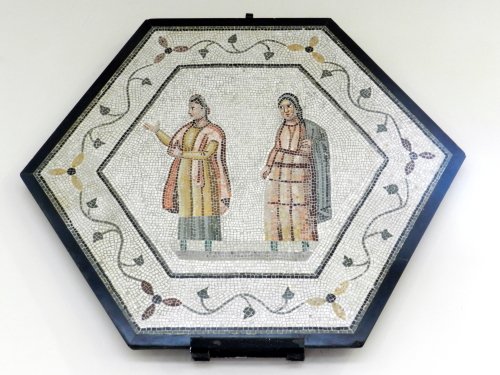 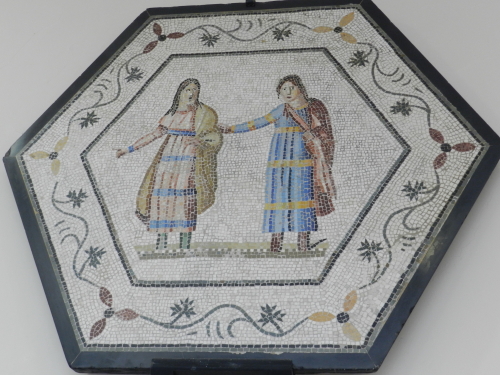 At various points while we were visiting Bologna we stopped at the churches of Santo Stefano, which offered some wonderful brickwork… 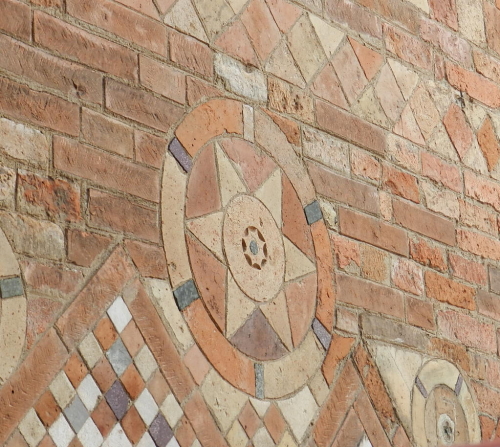 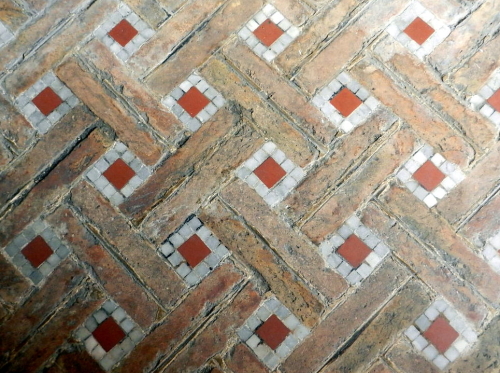 …and the church of San Domenico which had astonishing 16th century marquetry choir stalls (or, as I would see it, opus sectile in wood): 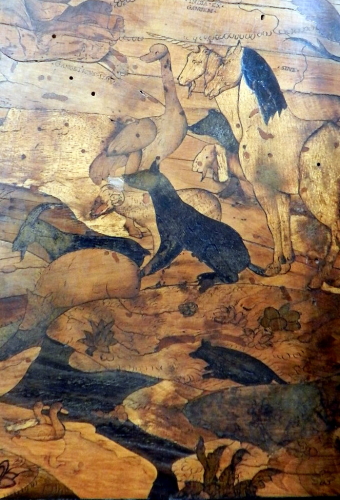 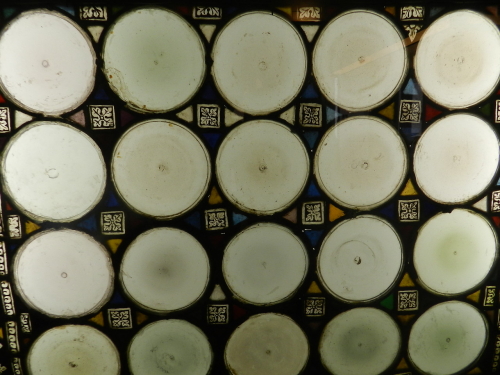 …posed for a new album cover…. 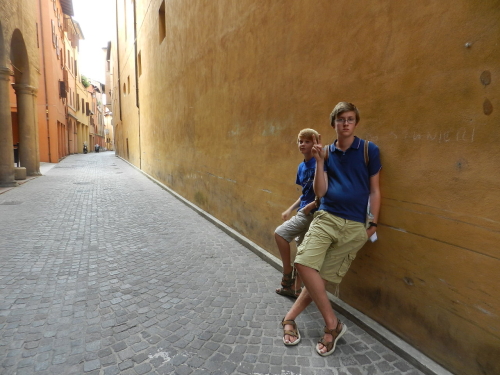 …and (I, at least) relished the city’s covered walkways : 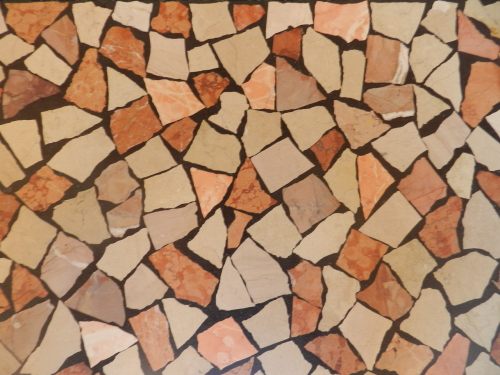 Then, when we were so exhausted by our cultural overload, that even the thought of a real Bolognese in Bologna couldn’t keep us from crawling back to our hotel, we saw this: 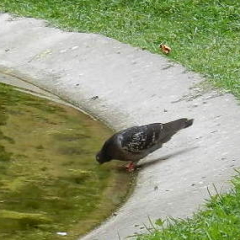 Yes, even the birds in Italy behave like their mosaicked counterparts: 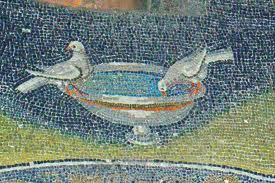