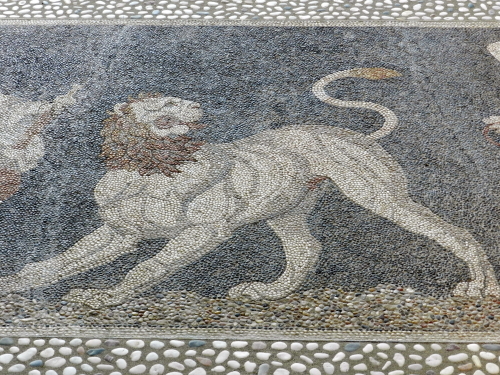 As you might have gathered by now, I have a bit of a mosaic fetish going on. You could even call it a problem. When I am not making mosaics, or fiddling about with designs, I have to admit I can often be found rummaging through photographs on Flickr and Pinterest in a furtive compulsion to look at them. 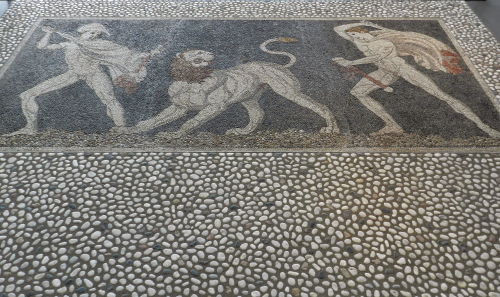 Many of the more unusual ancient Roman mosaic images come from the Ancient Rome Facebook page and there are also wonderful images posted in the Flickr Antiques Mosaiques group for which I am very grateful, not to mention the ones which turn up on Pinterest which I jealously hoard on my Ancient Mosaics board.

There are abundant examples of wild animals in some of the oldest mosaics but big cats turn up more than most. Their obvious qualities of ferocity and beauty made them ideal candidates for the mosaic medium but their representation is varied, rangeing from the macabre: 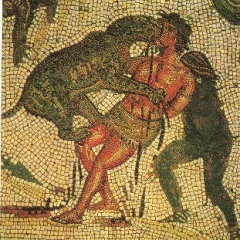 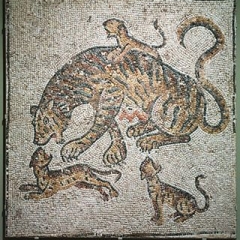 Among the most famous and extraordinary mosaics featuring big cats are the ones of Pella, Greece (top). Made of finely calibrated pebbles, these mosaics date back almost 2,500 years and show Alexander the Great strutting his manly stuff out in the forests of Macedonia, hunting lions without a stitch on or a care in the world before vaulting on the back of an obliging leopard: 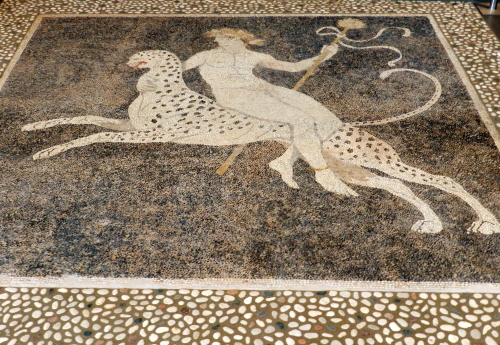 Ah, but they are just the beginning. Here is a random selection of ancient mosaics and big cats: