Bird mosaics of Aquileia, Italy: Getting there 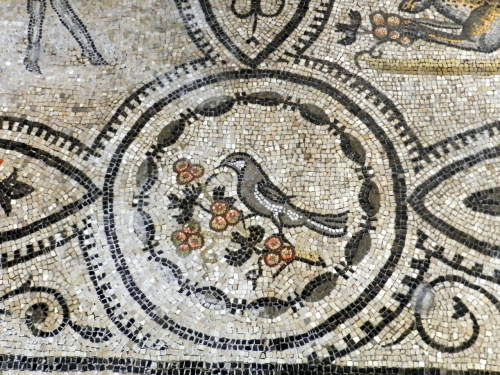 We set out easily enough from Trieste. We typed ‘Aquileia‘ into the GPS, checked it against the map, congratulated ourselves that we only had an half hour drive and set off in a cheery mood. Fast forward to an hour and half later, insert a lot of rude words and we arrived. Everyone was so annoyed (with the GPS, with each other, with Italy, with driving across the whole of Europe and back) that they had to stay in the car to recover some sort of equilibrium but needless to say I leapt out because here I was at last: Aquileia, once a great city, one of the greatest of the Early Roman Empire, hugely important and hugely wealthy and hugely rich in mosaics. A squabble with Kate (the GPS lady) wasn’t going to stop me.

The city itself was destroyed by Atilla the Hun in the mid 5th century AD and so it was abandoned, become overgrown and was largely forgotten. A sad end, but the good thing was that no other city rose in its place so the ruins of Aquileia now constitute the most complete example of an early Roman city in the Mediterranean world.  Another good thing is, that for all his sacking and pillaging, Atilla left the great Basilica of Aquileia still standing – today a World Heritage Site with some of the most beautiful mosaics I have ever seen.

The floor of the basilica is so covered with mosaic decoration of such astonishing variety and originality from a wonderful aquatic scene, to patterned expanses and unusual animal details that I am not even going to try and show you the half of what I saw. This post just covers some of the bird mosaics and others will follow: 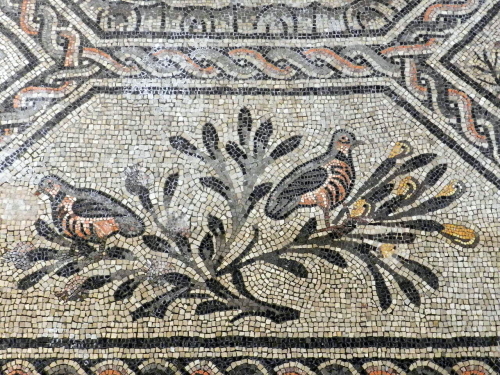