Looking at the floors of St. Mark’s Basilica, Venice. 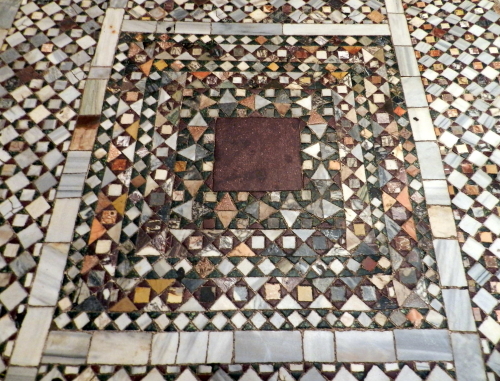 I sometimes come across fierce debates on the internet about whether mosaic making is an art or a craft. Think of Andy Goldsworthy’s works in stone versus Maggy Howarth‘s pebble mosaics. But does it really matter? Drifting around St. Mark’s in Venice recently, captivated by the stone floors while the great Byzantine mosaicked ceilings soared away above my head, too far away and too gloomily lit to be appreciated, I really felt that it didn’t. The mosaic floors of St. Mark’s Basilica are just pieces of coloured marble, purely decorative and entirely functional – isn’t that what craft is all about? – and yet heart-stoppingly intricate and beautiful. 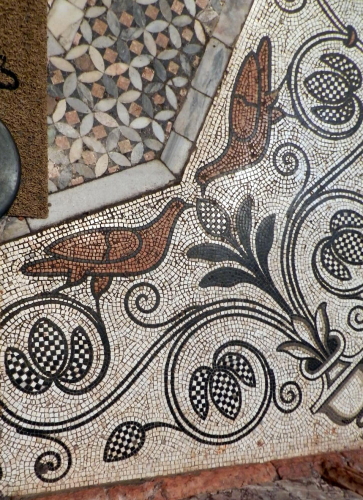 These pavements were made in the 12th century and, eight hundred years later, we are still walking on them. The guidebooks don’t dwell on them so that’s all people were doing – walking and looking up and taking photographs and the floors were just there, doing what they were meant to do and few people pay them much heed but, it seemed to me, if we were just told to look down rather than up, these floors would inspire as much wonder and awe, as much astonishment at the ingenuity and sheer brilliance of the workmanship as the ceiling mosaics do. We don’t know the names of the craftsmen who made these floors or those who executed the glass mosaics overhead and indeed few mosaicists in antiquity or later times were ever identified, but the point is that their work endures and that it is still admired. Isn’t that the point of all creative endeavour, be it art or craft? To make the beholder pause, to instil that fleeting moment of delight or curiosity or puzzlement, before being swept up again in daily affairs? 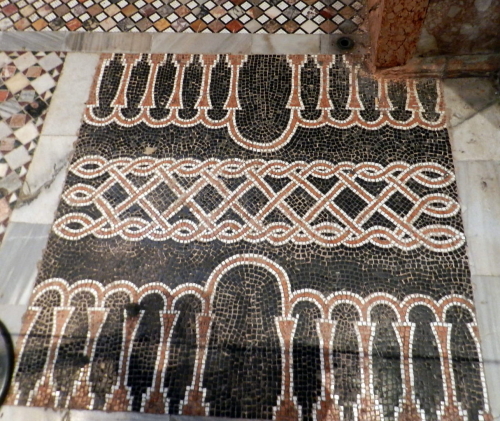 Woodwork, textiles, ceramics and knitting – all crafts, of course (we say) but often visually appealing and deeply satisfying, so, again, I wonder does it matter if something is called an art or a craft and does being a decorative art somehow elevate it to a different, more admirable order, as if, moving into a grand mansion, we become instantly better than we were? Here are some examples of modern crafts, for no particular reason, except that I like them and they have a lot in common with mosaics:

And a few more St. Mark’s floor mosaics to finish off: 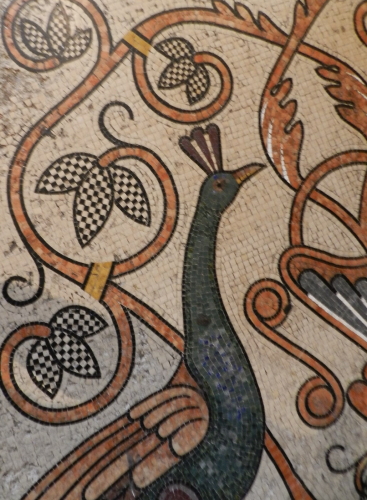 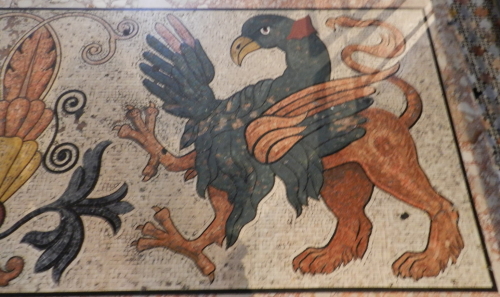 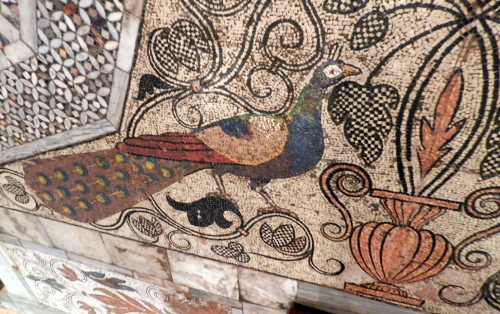 (Excuse the quality of the photographs – those determined hordes of tourists would persist in tramping over the floors!)