A chance encounter with the Mosaics of Nikopolis, Greece. 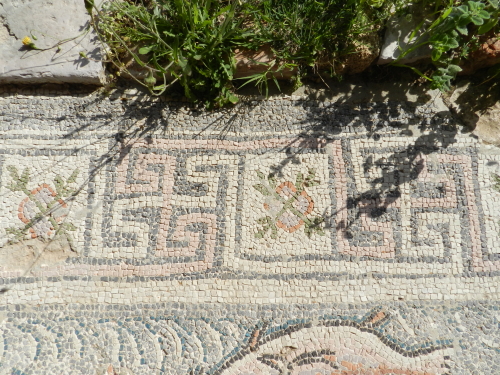 We were in the car heading up the west coast of Greece to meet friends in Epirus during the Greek Easter break. The journey was long, the roads were atrocious and I had no appetite for sight seeing along the way. Many years of veering off major roads to follow brown signs promising interesting archeological remains and either ending up hopelessly lost  in a farmer’s yard, getting to the site to find it firmly closed with the desolate air of a place that hadnt been open for decades,  or finally reaching it only to discover a pile of unremarkable stones, had thoroughly put me off experimentation. So we whizzed on past brown signs aplenty, my mind firmly focused on our beachside destination,  until an unusually plantive cry from my sightseeing-obssessed son in the back seat persuaded me to pull over. Grudgingly, I agreed to see where this particular sign led, and so we took a narrow country road heading, so I thought, to nowhere. 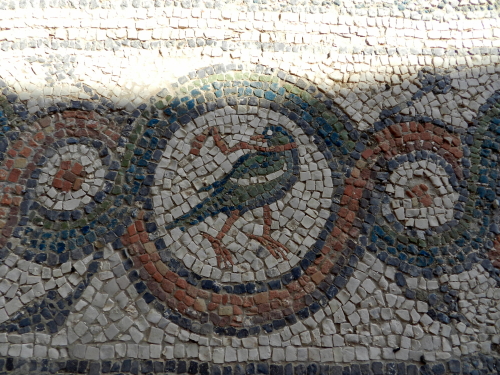 Sure enough, we arrived in front of a large padlocked gate and a delapidated sign and I felt vindicated. Undeterred, the sightseeing son leapt out, followed by his younger brother and the dog and – undaunted by the locked gates – climbed over a half collapsed wall. I stayed in the car. Then, a few minutes later I heard an excited cry: ‘mosaics!’ I climbed up on the wall and shouted back: ‘worth seeing?’ A son appeared  and replied: ‘yes’. So down I went over the grass covered wall, sliding through a gap between the stones, trying not to think about snakes and still slightly thinking that that they wouldnt be worth the effort. How wrong I was. I will never, ever say no to a brown sign again. 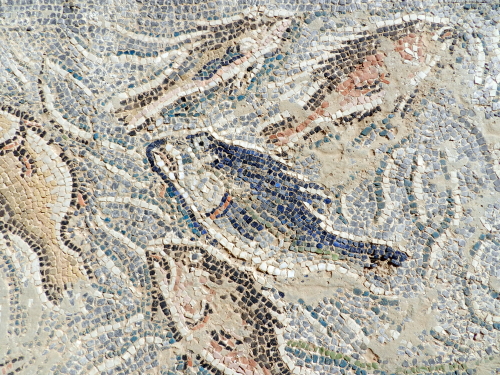 This, withoout us knowing it in advance, was once the city of Nikopolis founded by Octavian in 31BC after he defeated Antony and Cleopatra at the battle of Actium. This was something special. 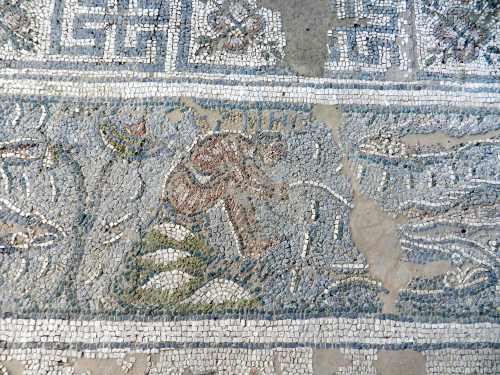 The mosaics are in newly constructed open-sided brick structures – covered, but with nothing to protect them from the rain slanting in or  from people walking over them or indeed doing much worse. Let them speak for themselves: 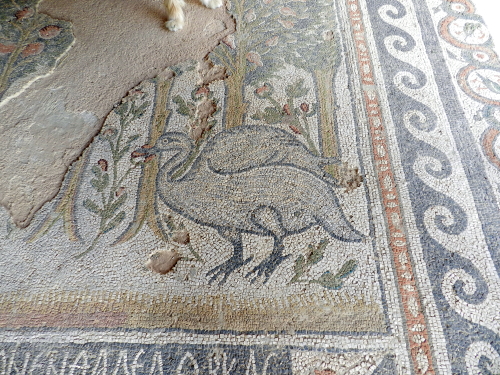 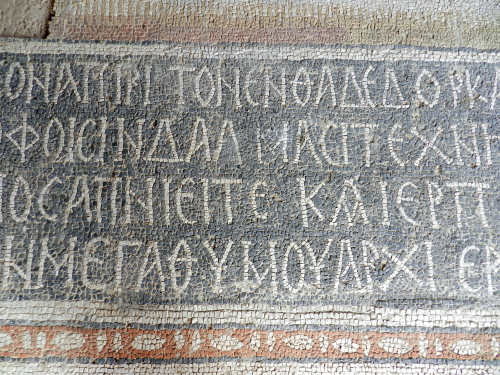 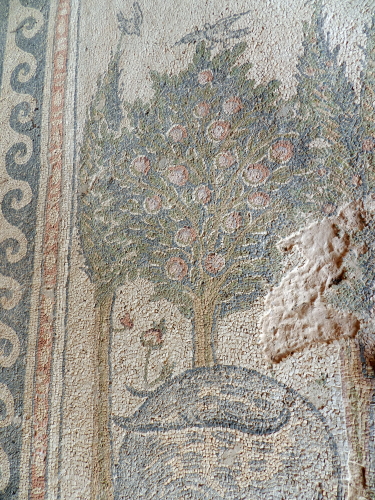 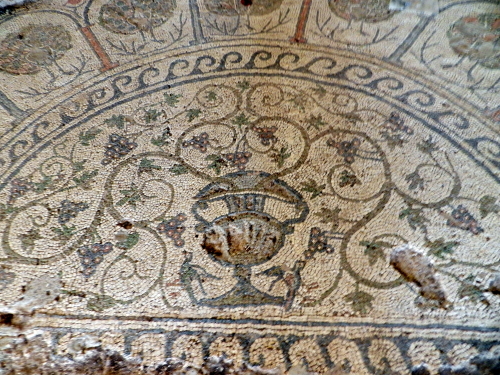 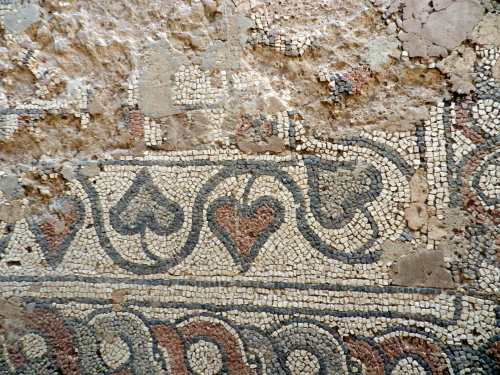 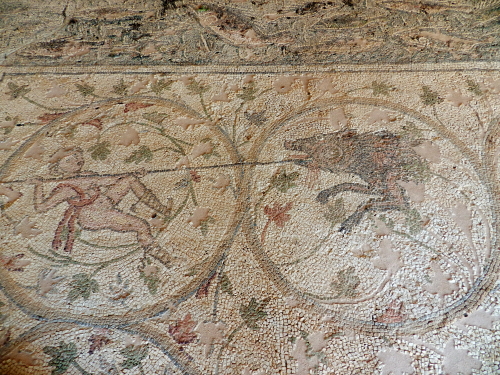 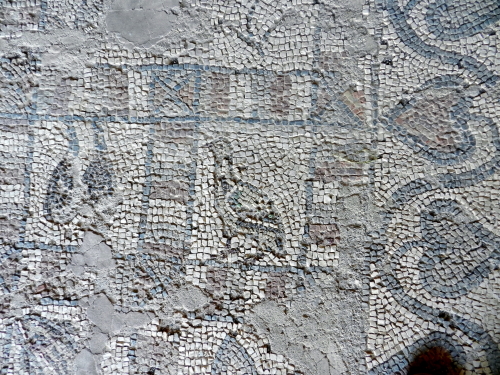