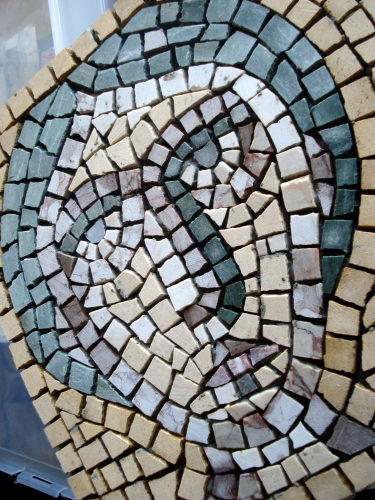 Sit down, Helen. Take a deep breath. Now another one. It’s over. Yes, that long summer of frenzied activity (and quite a lot of frenzied non activity too) is behind you. When I tried to count the number of times I packed and repacked during those hot, sticky months, I got as far as 17 and gave up. The point is that it’s September again, the beloved post-summer time of new beginnings. True the month is almost ending but September is not like January when the thought of another year passing only serves to remind you of unfulfilled commitments and unrealised longings. September is a gentle month, it forgives the lost opportunities of the months behind you and lets you turn your head into the wind and feel recharged. There is time. I can do it.

Last September I wrote about the importance of making mosaic goals, writing them down and, if not keeping to them in a strict, linear sort of way, then at least keeping them in mind and referring to them as the year progresses. On re-reading my list I discovered that I was pretty lenient on myself. My goals were to make two wedding mosaics (done), a kitchen splash back (done) and to sign up for an on-line icon painting course (only not done because the course has closed down and despite frequent checks during the year, doesn’t seem to have re-started).

Mosaics, as I’ve said before, are slow to make and this slowness leaves one with the feeling that nothing much is changing, that you’ve been sitting there day after day placing one little bit of stone next to another but little has actually been achieved. So I’m surprised to see that not only did I achieve what I wanted to do but I also made quite a lot else besides. Here are my galleries of work for September to June 2013-14. Only a detail of one of the big wedding mosaics is shown because the wedding itself isn’t until November and I don’t want to spoil the surprise. First, the biggies:

Also in  the biggie category is a concrete garden urn/bird bath which I (uncharacteristically) decorated in glass, mirror and millefiori:

Then I made quite a few small ones – a number of tiles to be inserted into a kitchen floor in the Peloponnese, a whole slew of mosaics for Etsy, played around with a monochrome design and decorated a concrete pigeon:

This year has already got off to a good start mosaic wise. First there’s this which I finished last week:

As for the rest of the year, I have a number of things I want to do. Here they are in no particular order:

1. We have a flat in Edinburgh which we will be renovating during the course of the year, so one thing I definitely have to/want to do is to make a big mosaic for the shower room. A life-size naked Ostia Antika boxer? Some Roman fish gliding serenely back and forth like these from the Palazzo Massimo Museum in Rome?

2. Throw myself into the world of Etsy. Make, photograph, promote. Actually, this will probably be the biggest thing that I do. Making is the easy bit – I have a lot to learn on the photography and promotion front. I am thinking of doing a series of mosaic faces like the top photo for my ‘launch’!

3. Get a community mosaic underway for a new building project at the children’s school. I have already approached the headmaster who seems favourable to the idea and so I’m hoping it will pull off. I am inspired by www.megamosaicmakers.org.uk and this amazing mosaic in Shepherdess Walk, London (http://www.hackney-mosaic.co.uk/shepherdess-walk/4581051788):

4. Make a mosaic of a rose in memory of the 15-year-old niece of an old school friend who died last year.

5. Design, and ideally make, a mosaic surface for a kitchen island.

6. Make an 80th birthday mosaic for my mother in law.

That should keep me busy.